Women’s History Month and International Women’s Day got me thinking about some of the best and brightest women I’ve placed since becoming a financial recruiter. 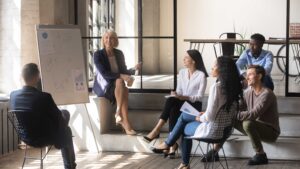 My most successful female placement was probably Margaret McCleod. I recruited Margaret for the large appliance company Whirlpool. Her task was to set up a derivatives book to swap long-term debt for short-term debt, which netted millions of dollars of interest income for her company. But Margaret wasn’t just a successful trader, she was also a talented corporate finance person.

In 2008, she became treasurer of Whirlpool.

Margaret retired in 2015, but she was part of the beginning of a large number woman who became the treasurers of a major public company.

Get in touch today